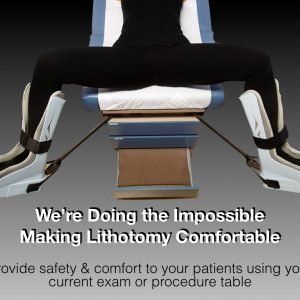 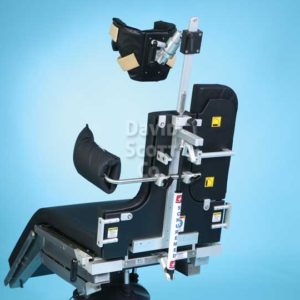 Designed for delicate dissection and manipulation, including:

This device is designed for delicate dissection and manipulationduring the following procedures:

Laparoscopic Cholecystectomy: Laparoscopic surgical removal of thegallbladder to treat inflammation (Cholecystitis) and / or presence ofstones in the gallbladder. The Kittner is used to blunt dissect thecystic duct as well as the cystic artery. This maneuver enables thesurgeon to expose the common duct clearly and without the risk ofinadvertent injury. Injuries occur sometimes due to the accidentalincision into the common duct.
Laparoscopic Vagotomy: Laparoscopic cutting of branches of the vagusnerve, to reduce the secretion of gastric juice and thus lessen thechances of ulcer recurrence. The vagus nerve is one of a pair of motorand sensory nerves located along the esophagus. The Kittner is used toblunt dissect around the esophagus, which is very fragile. Poking a holein the esophagus would be catastrophic. By using the Kittner, thesurgeon reduces the risk of injuring the esophagus.
Laparoscopic Bowel Resection: Laparoscopic surgical removal of aportion of the bowel (intestines, especially the large intestine). Thesurgeon removes part of the bowel, then proceeds to put it backtogether. Patients who have had a lot of surgery will often have theirbowel attached to the abdominal wall (adhesions). The surgeon uses theKittner to loosen these adhesions.

Gynecology (GYN)
Ectopic (Displaced) Pregnancies: Abnormal pregnancy in which thefertilized egg implants outside the uterus, most often in the Fallopiantube. As the embryo develops, the tube ruptures, causing hemorrhage andrequiring immediate surgery. (Also called a “Tubal” pregnancy). TheKittner is used to dissect without damaging the Fallopian tube.

L.A.V.H. (Laparoscopic Assisted Vaginal Hysterectomy): Laparoscopicassisted surgical removal of the uterus, via the vagina. The Kittner isused to push the bladder flap up or down to create better access.
Birch Procedure (Suspension of the bladder): This procedure allows thebladder to be attached to the Coppers Ligament in order to reduce oreliminate pressure on the bladder. The Kittner allows the surgeon toremove the adhesions and tissue from Coppers Ligament thus allowing thebladder to be attached to it.
Other Various GYN Procedures: The Kittner is used for any delicatemanipulation of the ovaries or to hold them up. Traditionally, a metalprobe is used for this purpose, but the ovaries have a tendency to “slipoff” the probe. The rough surface of the Kittner eliminates thisproblem, thus facilitating the surgeons work.

Thoracic Surgery
Performed by General Surgeon or Cardio-Vascular Surgeon. In thoracicsurgery, it is important to make the lung properly adhere to the pleura(the delicate membrane covering the lungs and inner surface of thechest). In order to create adhesion, the surgeon will “rough up” thepleura using the Kittner.

Urology
The Kittner is used in instances of prostate cancer, for dissection ofnodes from the aorta and the obturator space in the pelvis.

Our Number one concern with all customers is their complete satisfaction. We have applied this principle for over 40 years. We strive to satisfy all of our customer’s requests. Should any product we manufacture prove to fail you due to a manufacturing defect we will attempt to correct the situation however it is deemed necessary. This may be in the form of a replacement, repair or credit.  We believe our products to be of the finest quality materials manufactured to the highest standards; If for any reason you have concern with this please do not hesitate to notify us immediately.

All other products on this site including but not limited to Foam Products, Hand Tables, Anesthesia Products, Leg Holders and Restraints shall be deemed free from any defects in material and workmanship for 1 year. What is not covered in our expressed warranty are product punctures, tears, neglect or abuse.

Thank you for your continued support.

There are no reviews yet.

Be the first to review “Endoscopic Kittner” Cancel reply 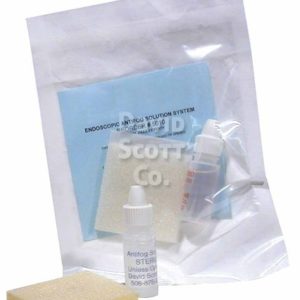